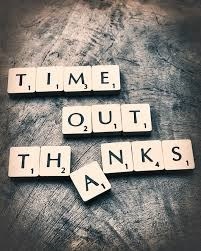 Do you need a time out?

Do you need a time out?

Research has been done by Kimble Applications on why Americans are not taking days off, and they discovered four main reasons for why this is happening. Americans are experiencing more stress, pressure from bosses, technology making them unable to take a break, and fearing career suicide occurring from their vacation.

Americans are more stressed in their workplace than they have ever been. People fear the amount of work they will come back to after an extended period away. They fear that once they return from a vacation that they will be unable to catch up on their work. Americans are also feeling tremendous pressure from their bosses or supervisors to not take a vacation. In the instance that someone does take a vacation, they are still connected to their work via cell phones, laptops, tablets, etc. While people are technically on vacation, they are still working while they are away from their workplace. This causes people to not bother to take days off as they wouldn’t be able to relax while they are away. A big fear that many Americans have is career suicide caused from them taking time off. Americans are living in the mindset that by not taking time off work, they are increasing their chances of advancing in their career.

Not taking time away from work can actually make employees be less productive. Taking time off is vitally important to mental health, that is it important to take a time out when you are able to. Even if you are only able to take one day, just take that one whole day and don’t do any work. Take the time to decompress and you will return to work refreshed, and much more productive.